Hit enter to search or ESC to close

Symbiosis works to transform the lives of Bangladesh’s poorest people through education, health and economic development.

Invest in our work through regular giving and become an Impact Giver today!

Symbiosis International is a registered Australian charity helping to transform the lives of Bangladesh’s poorest people for over 25 years. Despite significant improvements over this time, over 21 million Bangladeshis continue to live in extreme poverty. We believe that with the right tools and support, even the most impoverished and marginalised people of Bangladesh can be empowered to overcome poverty by working together.

Watch below to hear first hand stories of hope

Symbiosis works within communities with those who are illiterate and landless, mainly women in rural areas, and other disadvantaged groups such as ethnic minorities and people with disabilities.

Connect those in greatest need to a Symbiosis Group to gain a functional education while learning to save and equipping them for future opportunity.

Partner with Community Based Organisations to assist them to become change agents in their community, while supporting them to increase their economic capacity.

In 2005, Symbiosis Field Worker Azida invited Sabina to join a Symbiosis Group and begin her functional education. She has now been a member of the Shojoshika – Sunlight – Symbiosis Group for fifteen years.

Sabina is 37 years old and has two sons and two daughters.  She dreams of the day that one of her children might become a doctor. Just 22 when she first got involved and very poor, Sabina also received sewing training at Symbiosis’s Friendship Tower where vocational training courses are conducted.

After completing her course she sought support through her Symbiosis Group to create her own business. She began slowly making only tops, before she expanded to start making full outfits.  She has persevered to create a successful sewing and textile business and now sources her fabric from as far away as the wholesale market in Dhaka. Her Aunt Momota helps with the textile side of the business, selling the fabric.

Sabina’s husband, a labourer, was injured a year or two ago when he fell from the second floor of a building.  With her established micro business management skills, she was able to help him start a rice distribution business from their home.

Sabina has lived all her life in the main slum area in Mymensingh. She likes living there because there are schools nearby, it is familiar, it is her home, and the density ensures business is good. However she also reports that a recent clearing of houses along the riverbank was hard on everyone. Many people were displaced and forced to leave and Sabina personally lost 30,000 taka from people whom she had extended credit to, who have now forfeited on their payments.

Sabina is well-known within her community.  She is respected for her business skills and people often seek her out for her advice. She returns regularly to Friendship Tower to share her story and encourage those now in training. She has also persuaded her mother Aisha and two sisters to join Symbiosis groups. 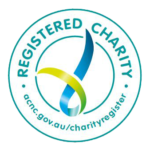 Symbiosis is a registered Australian charity helping to transform the lives of Bangladesh’s poorest people.